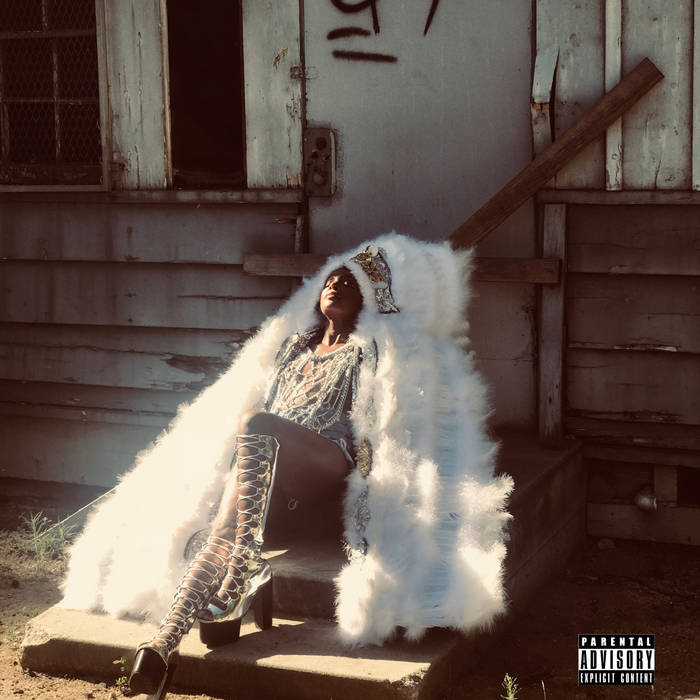 thenormajeane This album felt like a renaissance, a rebirth, it was refreshing and educational too! Favorite track: we, diamonds.

A Man Lost In Time

Following her acclaimed trilogy of solo albums, electronic r&b innovator DAWN (formerly Dawn Richard) returns with new breed, a new 10-track project that dates back to her upbringing in New Orleans, taking in the city’s rich traditions and musical heritage.

An original member of Danity Kane and Dirty Money, since going solo DAWN has become one of contemporary music’s most driven, admirable and unique characters, constantly breaking down barriers through her tirelessly independent approach. Her self-released Blackheart album (2015) was FACT’s #1 album of that year and also featured in best of the year charts by Pitchfork, Rolling Stone, Vogue, Spin, Elle, Noisey and The Guardian, while 2016’s Redemption - released through the Local Action label - saw DAWN go one better, charting in the Billboard Dance top 5 and featuring high in end of year lists from SPIN, Rolling Stone, LA Times and more.

Driven by innovations in tech as well as music, in 2016 DAWN became the first ever artist to perform live in 360 degrees on YouTube, as part of the platform’s collaboration series with The Verge, partnered with Wired for the release of an award-nominated virtual reality version of her single ‘Not Above That’, and joined Adult Swim as a curator and designer. A keen collaborator, the last two years have seen her work with fellow innovators from both the underground (Mumdance, Machinedrum, Kingdom) and the mainstream (Kimbra, Dirty Projectors), and she is nominated for Hardest Working Artist at this year’s prestigious AIM Awards.

On new breed, DAWN goes back to her roots, drawing from the “strength, power, vulnerability and culture” that growing up in New Orleans has given her, and letting the city’s rich musical heritage and the traditions of the Mardi Gras Indians come to the forefront of her music and visuals. In the video for the project’s first single ‘Jealousy’, we see Chief Montana of the Washitaw Nation, a tribe that has been in DAWN’s family for generations, while on the cover of the release DAWN wears a washitaw nation tribes traditional garb hand sewn by Montana - making her one of the first women to wear a chief’s headdress, symbolising the new evolution of women and their power.